Michele Ibbs has been known as “The Networking Queen” for some years now. Having first started networking back in 2007 when she founded I’m Your P.A. Michele networks nationally with BNI, UKNC and 4 Networking. Previously Michele has worked as a Managing Area Director with BNI, an Area Leader with 4N and a team member of the Property Investors Network.

Networking is an art Michele has a real passion for, when used correctly networking can give a massive return on investment. Networking should be fun, it is net WORK, not net-sit or net-eat and effort has to be put in to it to build those all important, profitable relationships. Michele loves to share contacts, support fellow networkers and teach those all important networking skills that have helped her to develop I’m Your P.A.

If you need support in developing your network, you have come to the right place. Guidance from The Networking Queen could make a massive difference in your networking experience.

The Teachings From The Networking Queen Course

Anyone that has done networking will know that we invest money and a lot of time to get results, however many never get the results that they hope for. After the initial charge of £50 plus VAT the rest of the content is FREE for as long as you want to stay on board

The Teachings From The Networking Queen is a course of thirteen units that will help maximise the return on your investment in networking. You will cover your networking goals, target audience, messages that make an impact, giving and getting referrals, 1-2-1’s that result in business, follow ups, presentations and networking roles. There is always something new and we often cover other elements outside the units, giving more information to help with more effective networking.

In line with Michele’s values, the course will be very honest, fun and everyone will be included – are you ready to earn money from your networking? If so, click on subscribe and a warm welcome awaits. 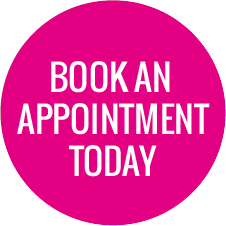