Where does your business come from? 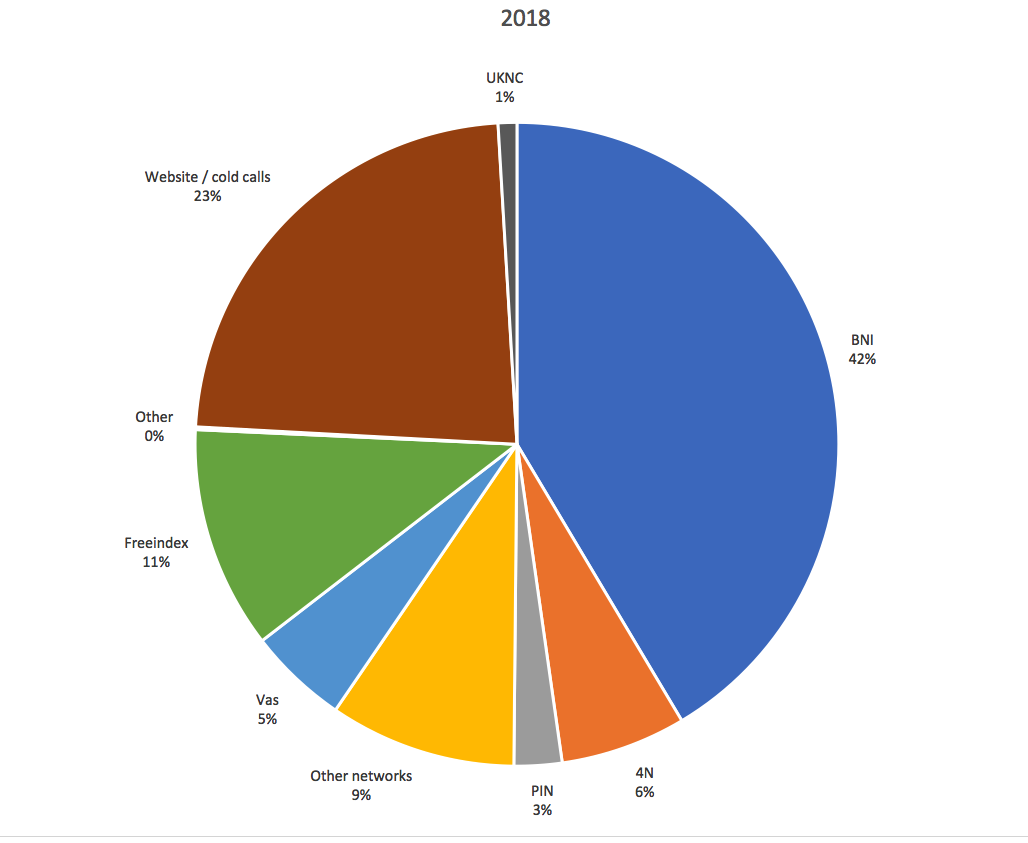 I love networking, but like everyone else I need to make sure that I am getting a good return on my financial and time investment. Networking is not a cheap way of marketing, for paid membership networking organisations, by the time a membership fee has been paid and one meeting per week attended, most cost around £20-£25 per meeting. Now let’s add onto that the time for the meeting itself and getting there and back, about 3 hours in total – that’s about another £100. So the true cost of my meetings is about £125 per meeting, I do at least 50 meetings per year that’s £6250. As long as I am seeing a minimum of £25,000 back from that expenditure, to be honest I am happy; in practice it is far higher than that. Networking does work but we really do have to work at it, that is why I am always asking the students in the Teaching Of The Networking Queen group to make sure that they track where all the business comes from.

Networking isn’t just about going to face to face meetings, networking can also be done on line. I would imagine a few of those reading this will have already joined The UK Networking Community on Facebook. The community is a supportive place for building relationships and asking for support. (There is no constant advertising!)  It does take time and effort to build relationships online, however in the right environment it happens.

Personally I find that face to face meetings are much easier to get to know people, but for those people who cannot attend a network event, maybe try Zoom calls so at least you can see and hear the other person.

Remember that networking is WORK, however it can and should be fun too!

To join The UK Networking Community just click on this link

If you would like me to help you get more out of your networking then give me a call on 01902 244344 or sign up to Teachings of The Networking Queen, it is only a one off payment of £50 (The Course)